What’s in a name?

Years back when were in the planning stage, even before we had completed our plans for the design of our tree houses, George and I decided to create individually themed cabins in the trees. Designing each of the original luxury tree houses was full of excitement and the work was tackled with great enthusiasm. Nothing was too much trouble and the designs had to incorporate our original ideas and thoughts and to be the best we could make them. To some extent it was a matter of pride that we didn’t copy what our neighbours had done.

Along with the idea of themes came the need to name them. It was our thought that our guests might be tempted to try more than one and in general this is what happens although many returning settle on their favourite one when it is available.

Cabin names came first and a long list was brainstormed not only by George and myself but we involved our children as well. We discovered later that Bob Morrow who owned Montville Country cabins had named his cabins but had not themed them. He was a good friend along with Ken and Joy Fenty who designed and built the Narrows Escape.

There were many reasons for the actual names. Two Frogs rather than Treefrog because this was a getaway for couples and the stained glass window in that cabin was about 2 frogs  dancing on a lily pad. It was meant to be fun. The Bower had a Bower Bird’s nest in the bush under it. Some names have been more than a name. Later a Possum lived for years behind the bin and wood stack outside of Possums. The cleaning staff called him Quenton.

Unfortunately other people consider our names fair game rather than try to be original themselves. When we were building our penthouses we had decided on Platypus, Dragonfly and Dreamtime. The word got out and we heard our names were being co opted elsewhere and that our nemeses from the past was now calling some of his cabins these names. We were gutted and decided our top of the range needed to have a new name. So for at least 6 months when people asked “What is this one called?” We would say”Oh! It’s a Secret!” Later when we were trying to decide what to choose when changing to a new business  name we decided on Secrets on the Lake. We trademarked this name in order to stop the trading off of our name by another  accommodation business. Our guests loved the name and enjoyed the joke about our brand new top of the range penthouse, Secrets.

We are grateful to all the people who supported us over the years by visiting and telling their friends to come and visit. We have been contacted by others who also have had their business name copied and our advice is to win by being better and trademark your name.

Traditionally Secrets on the lake was built on a portion of land which was part of the county of March Parish of Maleny in the Shire of Caloundra. When Lake Baroon was built it was situated on the Montville side of the Dam. Because the water supply was for both Caloundra and Maroochydore, and run by a Water Board, Caloundra now City wanted its fair share of power over the Lake and it’s surrounding land, we are officially still considered to be part of North Maleny. So when we vote we are in Glasshouse and Fisher and until recently found it easier to go to Maleny for that duty.

When the Water Resources Commission took over all water supplies a lot of that power has been lost.e.g. the water level is again noticeably dropping and it is our belief that the water is again being siphoned off for Brisbane. It is not a big supply but when we get the rain it is a consistent supply. However when the summer rain fails its’ level can drop substantially even to the point that the Sunshine Coast’s drinking supply could be at risk.

Since we are now closer to Montville than Maleny it is a matter of convenience for our official postal address to no longer be  48 North Maleny Road, but 207 Narrows Road Montville.

Why would one never wish to leave Secrets on the Lake?

If you had spent the last 32 years focused on a dream and taking it to fruition, you too would find it hard to give it up. What do you do if you have been exactly where you wanted to be for the last 20 years, when faced with the expectation of family and society that yes at this age you should be stopping work and living the retirement dream? Well you consider it and then discover that there is nowhere else you want to be, as tiring as some days become, and as stressful as managing staff can be, there is nowhere else you want to live.

The brain won’t stop thinking, coming up with new ideas, innovating or discovering. Holidays are snatched, plans change as staff are unable to attend, one becomes embroiled on hugely busy days making sure it all goes round and everyone is happy. This lifestyle generates excitement and busyness that seems to have a point, as it helps keep the world going round in our little corner if the world. 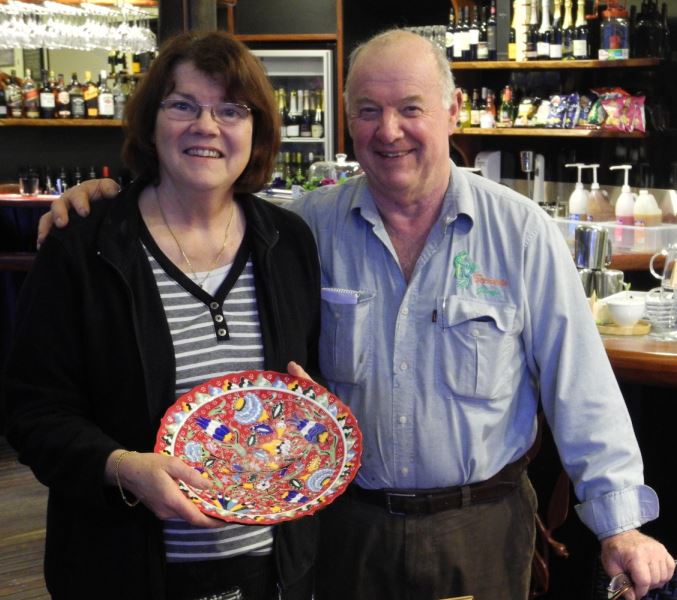